Ways That Technology Is Helping the Environment

Here are some of the ways that is technology is helping the environment.

Businesses and people, in general, have been using far less paper since everything went digital. Being able to use a computer, smartphone or the cloud to store important and lengthy documents has been a pinnacle in paper waste reduction. Not only do we use less paper but this is more efficient because you can access these at any place at any time, rather than having to have the document on hand. Things such as bills, newsletters and other types of consumer-business communications can now be done over email. 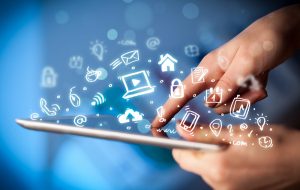 Technology is also being used to aid environment-related laws, deterring people from breaking those laws and making it easier to catch them if they do. For example, in areas that are particularly notorious for illegal poaching, conservationists are now using drones to help protect endangered animals from getting hunted. These drones are pretty much like CCTV cameras, only they can scan a huge distance in a short space of time. This makes it more difficult for any potential hunters to get away with it.

There is also technology that is used by governments to see if companies are following environmental regulations. There are different types of devices that can be used to test the number of pollutants in the air and to test products to ensure they are up to code before getting released to the public.

The sharing economy is a new development in the way we live our lives. It reduces our impact on the environment by helping people purchase less and use fewer materials.

Uber makes it easy for people to get around without a car, Airbnb helps both homeowners and travellers take advantage of extra space in a house or apartment. Netflix reduces the number of DVDs and music streaming services reduce the need for CDs. This all adds up when it comes to saving the planet.

Although there is public transport and car sharing, which are both far more environmentally friendly, a real breakthrough in car technology has been electric cars. These cars are more sustainable and a lot eco-friendlier than traditional petrol and diesel cars. The number of people who use electric cars has steadily been rising over the last few years, with Hybrid vehicles becoming more and more common.

The more development that goes into electric cars, the more they will improve and the more people will want to buy them. The price of electric cars has already dropped due to the advancement of the battery technology, making them easier to produce. 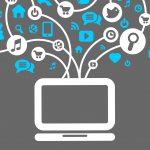 Previous Story:
Advantages of Technology When Marketing a Product 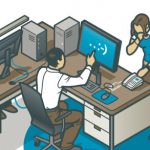 Next Story:
Importance of Keeping Up with Technology in the Workplace