Is New Technology Being Developed Too Fast?

Over the past 40 years the world has seen a massive amount of technology being developed across the world from everything from artificial intelligence to electric cars , self driving cars , 3d printing and much much more. The amount of developments and research that has been done recently has shown that research and development in recent years has been much higher than in the past.

But this begs the question is technology being developed too fast? of course the vast majority of the technology that has been developed has a functional purpose and positively contributes to society overall. One of the biggest and most controversial developments that has been made in recent years and is continuing to this day is the development of self driving car technology. Self driving car technology has proved to be one of the most controversial developments of recent years for a number of different reasons.

Self driving cars have been under development for years as they are seen as the “future” of driving and are said to have better reaction times and hazard perception than a human driver. However as with any technology there can and will be errors and even the smallest error in a vehicle could prove to be fatal. Those against this technology have argued that self driving cars breed complacency and that they are an unnecessary technology born out of convenience and with no real purpose.

However on the other side the argument those in favour of self driving cars have argued that they are a valuable technology that could save many lives in the future by preventing road accidents. What is clear is that this form of technology is still at the very early stages of its development and so if it is to be developed in future it will require significant investment as well as support from the general public.

What Has Led To Increased Development Of Technology?

The internet has proved to be a massive source of information for technology creation and development. This has ultimately led to a big increase in the amount of technology being developed and research being undertaken as the access to information on the web had been shared widely across the globe.

Previous Story:
Why Your Business Should Consider Cheap WordPress Hosting 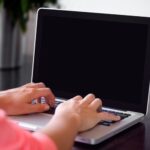 Next Story:
IT Services In Glasgow